The market demand for concrete equipments has steadily been on the rise globally. Certain industry research has showed that there has been a steady healthy growth rate of between 25 – 30% per annum. The concrete mixing process is always at the centre of any construction project and there has been increased usage of the self loading concrete mixer.

The special concrete mixing machine is a unique machine designed to batch, mix and transport the concrete to the designated site of use. The mixer consists of a rotating drum that is mounted on an operator driven cab mounted on a chassis frame and it is also fitted with a loading bucket. The loading bucket is used to introduce the mixing ingredients into the rotating drum. A pre determined volume of water is then discharged into the drum through the water dispensing unit. 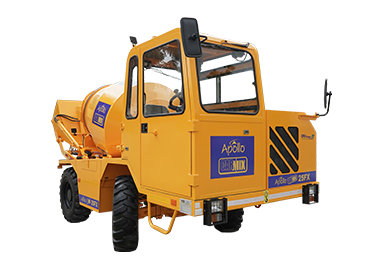 The mixture is then rotated at the required mixing speed till it is ready for discharge through the fitted chute.

Important Features
The concrete mixer capacity of the drum is an important consideration as it determines the volume of concrete that can be produced per cycle. The metalgalante carmix self-loading concrete mixer has a drum volume ranging from 3450 litres to over 5500 litres depending on the various models.

Other factors of performance include;

Infrastructure Projects Using the Self Load Concrete MixerThe self loader concrete mixer has gain wide spread reputation globally in all areas of construction where concrete is required. The major infrastructural developments that highly depend on the self loading concrete mixer are the roads and bridges, which have a heavy demand for high quality concrete, and are located in off road areas where stationery concrete mixing plants are not suited.

Some of the major projects in the subcontinent of India that immensely benefitted from usage of the concrete mixer machine include the Yamuna express way which is the longest motor way connecting New Delhi and Agra.

Availability of the Self Loading Concrete Mixers
Self loading concrete mixer manufacturers have endeavoured to develop state of the art concrete mixers and concrete mixer products that operate efficiently and effectively for longer periods of time.  With increasing investments in technology, more advanced mixing machines have been developed and the concrete mixer prices in India have been gradually reducing and becoming more affordable.

The self loading concrete mixer has made immense contribution to infrastructure developments in India and the rest of the world. Important projects include bridges, roads, airport runways, irrigation canals, dam walls and in the development of residential estates.